While it’s rarely the intention, well-meaning in-laws and their advice can cause friction. Jen Hogan gets some expert advice on how to build stronger family relationships.

Relationships with in-laws, particularly mothers-in-law, have been the butt of jokes since time began. But though many of us in jest, or from force of habit, can initiate the old familiar eye-roll at the mere mention of their names, there are many people who find the relationship they have with their in-laws spills over into the nuclear family. Frustrations and resentment can build when one partner’s family is deemed to overstep the mark – which can happen all too easily and frequently when parents-in-law become grandparents. 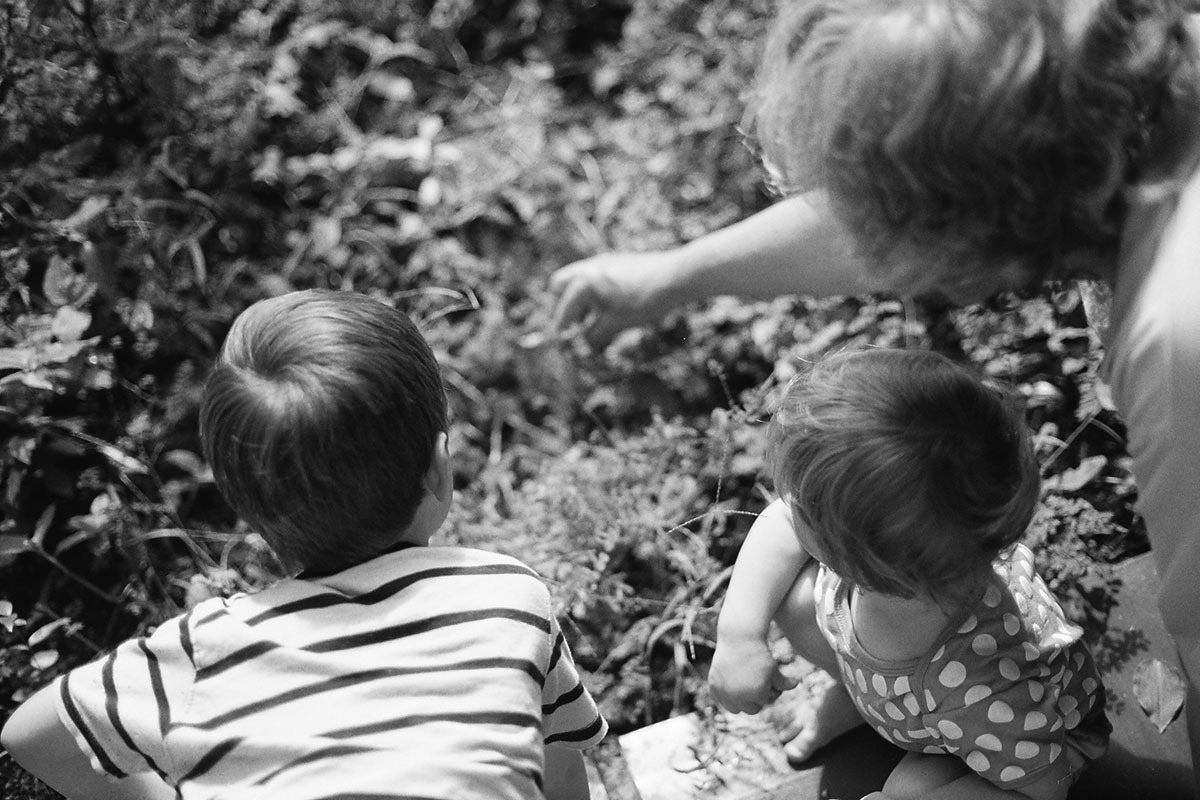 Photo by Nikoline Arns on Unsplash

All parents can sometimes benefit from support and assistance and as Dr Kear Brain, clinical psychologist at psychology-ireland.ie points out,

when the relationship is healthy, grandparents have the potential to be a wonderful source of love and care to their grandchildren, in addition to providing much-needed practical and emotional support to exhausted working parents. Research shows that children invariably benefit when grandparents are involved in their lives,

But what about the times when in-law relationships are more challenging? How can we take control and parent our way without causing further friction? And when difficulties exist, how can we protect our children from getting caught in the crossfire?

When all grandchildren are not treated equally

The idea of having a favourite child would be dismissed immediately by most parents as ridiculous and impossible, but do the same rules apply to grandchildren? Father-of-four Alan thinks not. He believes that his sister-in-law’s children get all of his mother-in-law’s attention.

At Christmas and birthdays, she spends more on them,

She takes time off work to go to doctor’s appointments or school events with them, yet hasn’t been to one of our kids’ plays or sports events.

Alan has coped by just “letting it all go” rather than risking an argument with his partner, but it has resulted in a poor relationship with his mother-in-law. He believes, however, that his older children in particular are very aware of their grandmother’s apparent preference.

Dr. Brain explains that grandparents can appear to be more supportive of one set of grandchildren over another for a number of practical reasons.

These can include proximity, interest, and perceived need, financial or otherwise – for example, if they are a single-parent family, have a large number of children, if a parent is struggling, or if they are dealing with additional challenges.

Whether or not to tackle the issue,

will likely be informed by the level of distress the parents perceive it is causing to them and their children, she explains. It is also important to consider whether the grandparents will be able to take on board what is said and make the desired changes in their behaviour.

When it comes to protecting their children, however,

parents have an important role in affirming their children’s perceptions, by letting them know that they have also seen signs of favouritism, and in validating any hurt feelings; reassuring the child that they are loved and valued, and that what is happening is not their fault.

When in-laws refuse to play by the parents’ rules

We all parent in our own way and have particular ideals or rules that we hold especially dear. While support and advice from those who’ve “been there and done that” can be very helpful, unwelcome advice and blatant disregard for our values, particularly by a family member, can be a huge source of stress and conflict.

Suzanne says her mother-in-law was dismissive of her rules and flouted them at every available opportunity. From telling her that she “was selfish for breastfeeding” because it meant Suzanne’s mother-in-law couldn’t feed the baby,

to ignoring her rules as a parent – giving the kids sweets and fizzy drinks late at night when asked not to. She even smacked two of my children,

Suzanne no longer speaks to her in-laws but says it places continued pressure on her own relationship with her partner, who cannot accept her position.

Dr. Brain explains that there is a big difference between occasionally bending the rules, and blatant disregard of a parent’s wishes and preferences. She says it can show a fundamental lack of respect in the in-law relationship and flags that the use of physical punishment is a serious child protection issue. Referencing how important it is that both parties come on board when dealing with such difficulties,

a lack of consensus around dealing with issues with in-laws can place significant strain on a couple’s relationship, and be a frequent source of conflict, and relationship breakdown. The issue remains, irrespective of whether the partner agrees or not.

Handling excessive criticism is not easy at the best of times, but when your parenting skills are challenged and the criticism is coming from forceful and negative parents-in-law, it can be even harder to take.

Fiona finds her parents-in-law to be overly-critical – from how she parents to how she cleans. She says her mother-in-law openly shares her thoughts on Fiona with outsiders and says her father-in-law has been verbally abusive. She says it has affected her mental health and she feels disheartened that her partner doesn’t defend her. While Fiona would prefer not to be around them, it’s difficult as they’re her children’s grandparents.

It can be helpful to remember that often other people’s criticisms actually have very little to do with you, and everything to do with them,

says Dr. Brain, in relation to dealing with overly-critical people.

She recommends instead of reacting emotionally in the heat of the moment to attempt a different approach, agreeing in principal with the criticism and then seek to engage your in-law in finding solutions to the apparent ‘problem’ by seeking their ‘advice’.

Remaining curious and non-defensive may change the course of the conversation, or better still render the critical behaviour ineffective as it no longer receives such a charged response,

When difficult relationships begin to have an impact on your health or undermine your children’s well-being, Dr. Brain admits that sometimes a low or no-contact relationship with the in-laws may be the only solution, though she stresses this is a last resort, when all other avenues have been exhausted.

With increased costs and the inflexibility of some childcare options, more and more grandparents are becoming involved in caring for their grandchildren.

A loving, family environment sounds ideal but it’s not without its own challenges as the lack of professional distance means it can be difficult to tackle certain issues within the childcare arrangement.

Annette’s parents-in-law take care of her children while she works. Her mother-in-law refuses point blank to consider continuing baby-led weaning with her youngest child, much to Annette’s stress and her husband’s amusement.

Having a family member as your childminder blurs the boundaries between personal and professional,”

It’s important to be clear about your priorities when it comes to the care of your children. Certain issues may be non-negotiable, while there might be other areas where a parent is more open to compromise.

Dr. Brain recommends having an open, honest, non-defensive discussion, which she says could help to establish whether there’s any room for meeting halfway on issues and gives parents a chance to outline why certain things are so important to them.

This is the opposite to disinterested in-laws but potentially just as problematic. For some grandparents, having grandchildren is a chance to experience childhood again but rather than recognising the different relationship, they look to involve themselves in every aspect of their grandchild’s life, leaving the parents feeling slightly suffocated and relatively powerless.

Ann has experienced such difficulties with her mother-in-law. Having initially included her mother-in-law in many of her daughter’s occasions, she has reached a stage where she feels her mother-in-law’s involvement is intrusive. Her parents-in-law insist that Santa leaves presents for their granddaughter at their house at Christmas and recently her mother-in-law purchased a communion dress as a surprise for her daughter without Ann’s knowledge. Her husband thinks his mother is just being kind, but Ann feels she’s taking over.

Situations such as these are delicate,

It might be helpful for the couple to have a gentle conversation with the grandparents, outlining that while they really appreciate their help and thoughtfulness, they also really value time as a family.

She suggests a compromise around special occasions, maybe a smaller celebration with the grandparents scheduled for another time.

It is natural that families with young children will want to make the break and begin creating their own traditions in their own home at some point,

she adds, but recommends advising the grandparents in advance of intentions to do things differently this year.

In a bid not to cause offence,

keeping the conversation focused on the needs and preferences of the children rather than what the grandparents are doing, or not doing.

Some names have been changed

Protecting the couple’s relationship in the midst of it all

● Communicate with each other how you feel about the situation

● Retain a sense of humour

● Put the needs of the children at the centre of the decision making process (eg. do the benefits of the children’s relationship with their grandparent outweigh occasional bending of the rules when it comes to sugar and bedtimes).