As an expectant first time mother of twins, all my reading and research throughout the pregnancy highlighted the increased risk of Post-natal Depression (PND) for mothers of multiples. The statistics caution us that mothers of twins are nearly twice as likely to be diagnosed with PND, than our singleton counterparts (17% of mothers of multiples compared to 10% of all women with children under the aged of one, with a further 18% of mothers of multiples “not sure” if they experienced PND or not[1]).

This makes intuitive sense on many levels, since everything about mothering multiples from pregnancy, to birth, and beyond seems to be at least twice as complicated, speaking as a mother of 12 month old twin girls.

“You’re not the same as you were before. You were much more ‘muchier’. You’ve lost your ‘muchness’… The Mad Hatter 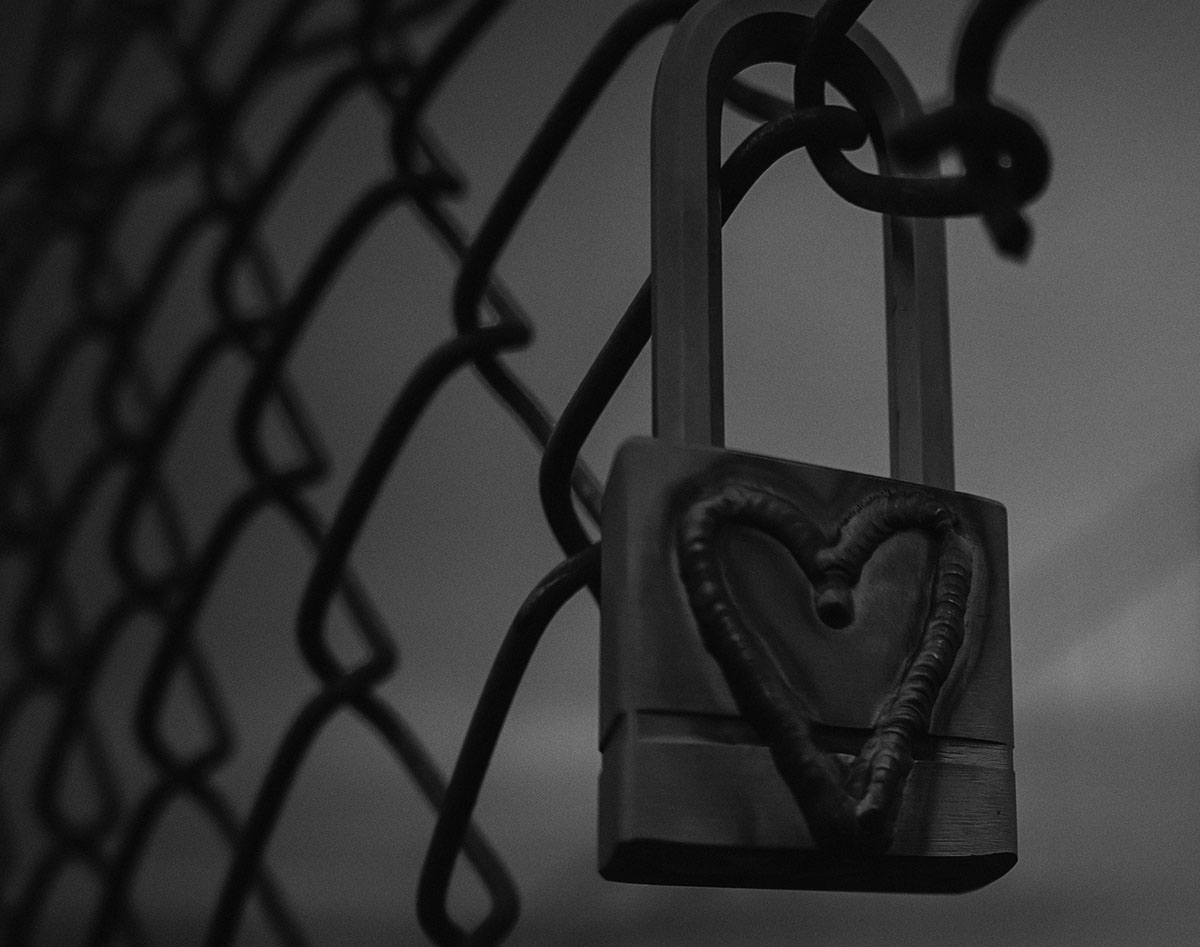 Photo by Casey Horner on Unsplash

Having done my homework, I began my personal campaign to reduce the likelihood that I too would eventually succumb to my statistical fate. So there I was at 36+3, heading in for my planned caesarean birth, armed with my ‘extensive’ birth preferences, and cool bag to store the placentas ready for later collection and subsequent encapsulation.

I thought I had all bases covered. And I had…..to a point.

The birth was calm, and as gentle as a caesarean can be. I was fortunate to have immediate skin to skin contact with both of my girls, holding them throughout the surgery while they put me back together again. There was no early separation or need for NICU. I had fantastic support from my Doula and the midwives at St. Munchin’s Maternity Hospital in Limerick to establish tandem breastfeeding. My milk came in with gusto on day five, to the extent that I had the appearance of Dolly Parton on steroids as I prepared to bring my babies home for the first time.

The first four months were fairly blissful. The early days of cluster feeding and zero sleep were intense, but I had the support of my husband and his parents for the first few weeks, which enabled me to take to the bed and enjoy my fourth trimester ‘babymoon’.

I continued to take 2-3 ‘placenta pills’ each morning, and I still credit them with assisting my recovery, boosting my energy levels, resilience, general good mood and plentiful milk supply in those early months.

I hit the first minor bump in road around 3 months, in the week following the girl’s christening. Having slept most of the day, they hadn’t fed as often as usual, which led to a slight dip in supply. Fortunately, this was quickly remedied by returning to bed, lots of skin to skin, and feeding on demand.

The second, bigger blow came later the same week, when my father-in-law fell off a ladder, fracturing his heel bone, rendering him unable to drive. As my own family were in the UK, my in-laws had been my go-to people for support. The accident meant they were no longer able to come up when I needed them.

Fast forward to early October, our girls were turning six months, and we headed away for our first family holiday to County Cork. We cautiously booked just one night away in case it was a complete disaster. We celebrated surviving the first half year with twins with lunch and pink fizzy in Kinsale’s Fishy Fishy, until the disapproving looks from our fellow diners became too much. Apparently, not everyone is keen on sharing their fancy lunch-date with baby twins, it seems.

In the dark, winter months that followed, I looked back at the photos of that week of unseasonably warm weather, and remembered it as the last time I could recall being happy, or even feeling vaguely like myself.

However, my diary entry from the night before our holiday began told a different story:

“Nobody tells you….of the isolation, the fear, the complete sleep deprivation-induced bewilderment and confusion… the complete inability to think clearly; be decisive, or otherwise access your previously reliable mental faculties. And it’s scary, and hard, and all too much at times.

When your first thought on waking is how the hell you’re going to make it through to the end of the day; or even just from 6.00am until their first nap at 8.00am….the interminable sameness, day after day….

At the time, I initially attributed my feelings to sheer exhaustion following months of sleepless nights and wakeful, hungry babies. The fuzzy thinking to ‘baby brain’ times two. I tended to normalise my experiences as an understandable, emotional response to the enormous, life-changing experience that is becoming a mother to one baby, let alone two.  The line between what is so-called ‘normal’ and ‘pathological’ is often so fine, it’s hard to tell when it might be time to be concerned or seek additional supports.

The tipping point for me was the onset of acute insomnia following a trip to our local out of hours GP service, when one of our girls was running a temperature. They were six months old, and this was my first experience of either of them being sick. I was seriously scared.

Indeed, The UK Tamba survey cited above also highlights that feelings of being overwhelmed by PND can be both triggered, and exacerbated when multiples are ill, even if just with common complaints like colds, teething or stomach upsets.

Unfortunately, the Doctor on call did little to reassure me, aside from send me off with a small vial of Nurofen to tide me over until I could get to the pharmacy the following morning. I asked if I should keep her with me that night. The response I received was ominous: “Well, there was many a night when we held the night vigil with our children….”

Something about this encounter obviously stayed with me, as I pretty much stopped sleeping from then on. At first, there was the struggle to get to sleep, then waking at the slightest murmur from the monitor, the early morning waking; even when the babies were still asleep.

The greatest irony of it all was that having not long invested in the services of a sleep consultant, just as the girls started to sleep for longer stretches, I stopped. I have since read a lot about the torturous phenomenon that is ‘mom-somnia’.

What I didn’t know at the time is that insomnia can be an early indicator of Post Natal Depression (PND). I am still reluctant to use the term, PND, as for me it remains something of a misnomer, as my primary symptoms were chronic insomnia and severe anxiety, racing thoughts, utter indecisiveness, and a complete inability to switch my head off.

Early November saw me visit my own GP, who confirmed what I already suspected. My score on the Edinburgh Post Natal Depression Scale (EPDS) was 20, placing me in realms of ‘severe’ post natal depression. I was advised to take medication and attend talk therapy. Only, I couldn’t take anti-depressants as I was still breastfeeding, I was in no fit state emotionally to attempt weaning, and my girls refused to take a bottle.

This left the talk therapy option, which was equally fraught. My GP offered onward referral to the local Adult Mental Health Service. But as I live and work in the same geographical area in rural North Clare, this would have meant being referred to my friends and colleagues on the team I usually work with, which didn’t feel like an option for me at the time.

I attended a couple of sessions with a local therapist I found through the Charity Nurture. While they offer an excellent, timely, responsive, accessible, affordable service, there was only one practitioner in Clare, and they didn’t happen to be the right fit for me at the time.

So, what did help?

I will never forget the winter of 2015, as one of the darkest times in my life.

The Winter Solstice on 21st December, marking the passing of the shortest, darkest day of the year, and the promise of light returning, was never so poignant.

I feel both fortunate and incredibly grateful that the light has now come back into my life. I am well and happy, and most importantly able to enjoy my precious pair, and to be the mother they both need and deserve.

“I think that we are like stars. Something happens to burst us open;

But when we burst open and think we are dying; We’re actually turning into a supernova.

And then when we look at ourselves again, We see that we’re suddenly more beautiful

Than we ever were before”

Kear Murphy, is a proud first-time, multiple mama to non-identical twin girls, Isla & Aoibhin. She lives in North Clare with her husband, sister, and an ever-increasing menagerie of pets. She is a qualified Clinical Psychologist working in Adult Mental Health with the HSE, where she is known as Dr. Brain.

ARE YOU STRUGGLING? NEED SOME HELP?

If you’re struggling with anxiety, depression, insomnia, or are just having problems coping, you’re not alone.

At least One in four of us will have problems with our mental health at some time in our lives. The first stop should be your family doctor (GP), where you can find out what supports and treatment are available. Please don’t feel worried about going, as your Doctor is there to help with your emotional and mental health as well as your physical health.

If, like me, you’re feeling confused about what your experiencing you might like to read the following plain mama English version outlining symptoms of PND from the fantastic Postpartum Progress Blog here:

Other sources of support include: